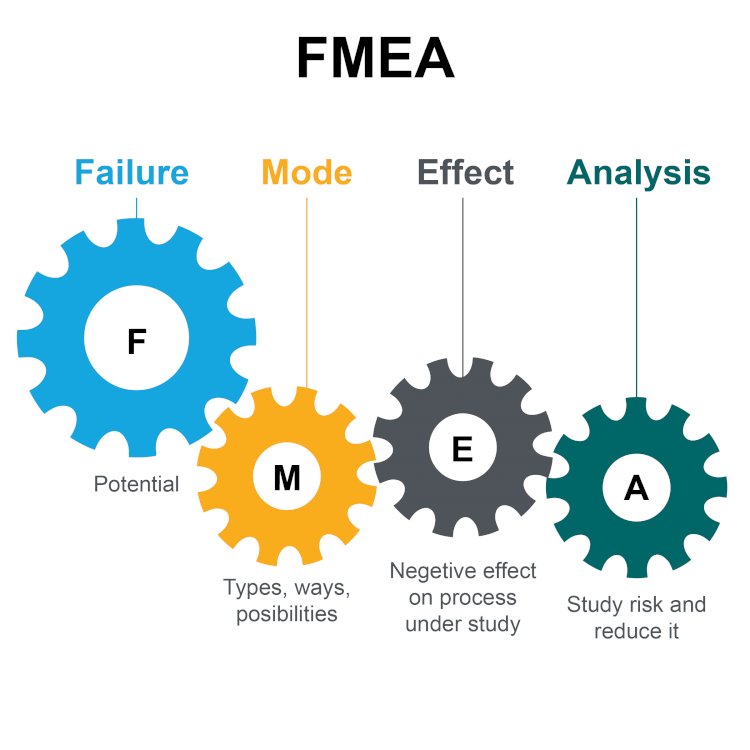 FMEA is very dynamic in nature as it is used both as a Risk Identification tool and a Risk Treatment tool. In the Risk Identification phase, all the potential risks related to the process and its major steps are identified and documented along with their impact. The frequency of occurrence of each risk is assessed and current controls to detect them. Then, RPN is calculated for all the risks and the most critical risks are identified for further action.

In the Risk Treatment phase, an Action Plan is formulated either for all the risks or for those risks that have been prioritized as the most important ones. Brainstorming is done by the team either to eliminate the risk altogether or to reduce the impact of the risk on the process.

Mathematically speaking, the impact of the process can only be reduced by reducing its RPN value which means reducing either of the Severity, Occurrence or Detection ratings of that risk. While it is difficult to reduce the Severity ratings of a risk as it may involve process change or equipment change increasing the costs to the company, it is relatively easier to reduce either the Occurrence or the Detection ratings.

Occurrence rankings can be reduced by either eliminating the causes of the failure or controlling it root causes. For this, the root causes for the potential failure has to be understood for which the RCA technique would have to be used. The 5 Why tool is an excellent way to accomplish this as it will help in reaching down to the very root of the problem. The Poke Yoke or Mistake Proofing can also be used to reduce the occurrence of the potential failures.

Similarly, Detection rankings can be reduced by evaluating the existing controls and improving them to make them more robust to detect the potential failures before they reach the customers. There are many ways to achieve this whenever any failure is detected such as process fail-safe, SPC, process shutdown, mistake signaling, calibration, validation though SOPs and Work Instructions; and preventive mechanism such as preventive shutdown.

An Action Plan is formulated to reduce the potential risks and their impact. The Action Plan comprises of the solution (decided by the team), person/department responsible and the date by which it will be completed. The Severity, Occurrence and Detection ratings are again decided and RPN is again calculated for each risk to assess whether the RPN has reduced to know if the potential risk has been eliminated or reduced to acceptable levels.

Simple solutions require simple Action Plans which can be incorporated in the FMEA itself and the status can be easily tracked. But sometimes, many Action Plans are so bigger in scope that they are formulated separately. In such cases, specialized documents such as Gnatt Charts or even a separate project can be undertaken to implement the Action Plan and link it with the FMEA.

Is FMEA really being used?

This is a fishbone Issue Resolution Time for a Handling time Lean Six Sigma project...

I have commenced project increase FCR in BPO. Can you help me out to identify the...

An organization is able to give good quality only when quality and excellence become...

Question on Control Chart- U Chart