Is FMEA really being used? 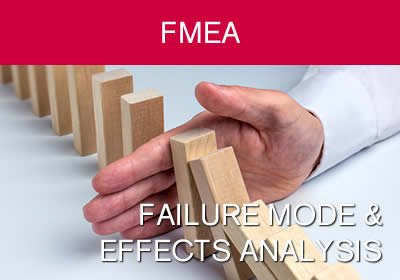 Almost all business organizations use FMEA is one way or another to assess the potential risks associated with their business process and products. Still, the warranty and repair costs show an increasing trend year after year. This forces one to ask serious questions such as “Is FMEA really being used by the business organizations or is being used just for the formality sake?”

There have been many untoward incidents that have happened recently. The Gulf Oil spill near the US coast which made British Petroleum cough up over 18 billion dollars in damages or the recent vehicle recall given by the Japanese giant Takata to replace the faulty airbag system. It is estimated that approximately thirty to forty million vehicles would have to be recalled to replace the airbag system. And these are just a couple of examples. This begs the question of whether the risks or potential failure modes associated with these were clearly assessed or not? The answer is an emphatic “No” as even if there had been a small inkling of what the potential impact of these problems would be, then the risk would still have been there but the impact would not have been of such epic proportions.

In most of the organizations, FMEA is prepared just because it’s part of the process and we are doing it because everybody else is also using it. The job of preparing the FMEA is given to some junior engineer or executive who is not familiar with all the potential failure modes of the product or the process. No senior person bothers to take part in it or review it as the whole exercise is considered to be “very long”, “boring”, and “no one even bothers to see the results”. This is why the failure costs of companies in terms of warranty costs, repair costs, scrap costs, replacement costs, and defects, etc goes on increasing. This forces the companies to spend extra by launching improvement projects to control these factors which could have been avoided only if the potential risks could have been assessed earlier while the FMEA was being prepared.

There are some organizations which use FMEA but have the practice to make the preparation of FMEA a short exercise. These organizations advocate discussing only major parts of a process or major components of the product while preparing its FMEA. For such organizations, it would be better to recall the tragic accident of Space Shuttle Columbia crash due to a minor piece of foam insulation which led to the loss of seven lives and a space shuttle worth billions of dollars. Also, the recall of nine million vehicles by Toyota in between 2009 and 2011 to replace a faulty brake system. But apart from these failure costs, what most affects the business organizations which they not realize is the loss of credibility and faith in the eyes of the customers and public at large which is very hard to regain….

Why do Organizations Outsource Their Processes?

How to Calculate the No of agents you need in your call...

Question on What is correlation coefficient

Correlation coefficient value is taken between +1 and −1 calculated so as to represent...

AIG contracted for Pan India ISO Certification for a large...

Updating for AIG contracted for Pan India ISO Certification for a large Airlines...