This article shall help the reader understand the concept of Normal Distribution and its implication on various aspects of analysis. 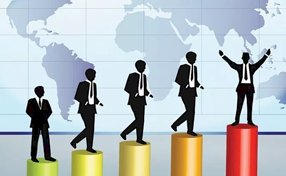 This article shall help the reader understand the concept of Normal Distribution and its implication on various aspects of analysis.

The entire business world is full of uncertainties. You don’t know how many products will be sold next month, you don’t know how much will be the demand of your product in the market next month, you don’t know how many units of product you will be able to manufacture next month. Uncertainties regarding these facts haunt even the best business planners in the world. So, all business planners, in order to make rational decision, want to have numerical values of such uncertainty. Probability can be best understood as numerical value of uncertainty and Probability distributions can be understood as such distribution where we can find the probability of outcome. We can predict with certain precision the probability that we will get certain random variable.

Normal distribution becomes imperative in our business planning because of its Empirical Law. Empirical law is a law that helps us plans future performance of business. According to this law, if our data is normally distributed and if the Mean and the standard deviation of the distribution are known, then we can predict our distribution.

This presentation on Value Stream Mapping has been prepared by Advance Innovation...

AIG Helps a IT Firm to Get ISO 9001 Certified