1 Proportion test is used to check the proportion of the population against a standard or target value. It is also used for baselining of the process 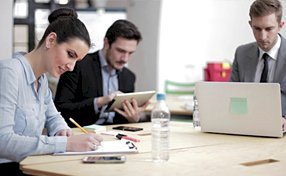 1 Proportion test is used to check the proportion of the population against a standard or target value. It is also used for baselining of the process

Select a Proportion value from the available fields. Many times, this value is not present in our data. In that case, we can use conditional parameters by taking acceptable or target values and calculating event values such as “Accept or Reject”, “Pass or Fail”, “True or False”, “Target Met or “Not Met”, etc. 1 Proportion measures the occurrence of an event and quantifies its occurrence statistically and gives us Confidence Interval of the Population based on this analysis.

Test and CI for One Proportion: Result

We can also compare our data against a standard or target by selecting the “Perform Hypothesis Test” and giving a “Hypothesis Mean “ value, see image.

Test and CI for One Proportion: Result

a. There are several other options in Minitab for data analysis through 1 Sample T. We can give specific values also such as Mean, sample count and SD
b. As mentioned earlier, we can change the P-value also in Minitab present in the “Options”. It also has 3 options for Alternate:
i) Less Than: Gives the upper limit of the CI
ii) Not Equal: Default option. Gives the CI
iii) Greater Than: Gives the lower limit of the CI