Understanding Control Charts constitute an important part of Statistical Process Control and help in giving a graphical description of the process. 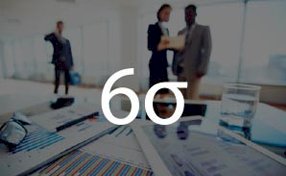 Understanding Control Charts constitute an important part of Statistical Process Control and help in giving a graphical description of the process.

Variation is an inherent part of any process. It is just not possible to have a process where there is no variation found – the moot question is to decide whether the variation occurring in the process is within acceptable limits or not. This measurement is done through Control Charts hence Understanding Control Charts is very important.

Control Charts constitute an important part of Statistical Process Control and help in giving a graphical description of the process by plotting the data points. To know whether the process is n control or not, we would have to know the meaning of certain terms:

1. How C Bar, UCL and LCL are displayed

In the middle, the green line or C Bar as it is called is shown by calculating the Mean value of the available data points. The Upper Control Limit or UCL and Lower Control Limit or LCL is plotted by calculating the Standard Deviation and adding 3SD on the upper side and subtracting 3SD on the lower side. All the black dots are the data points that are occurring within the ± 3SD from C Bar and hence termed as Common Cause Variation. The red dots are the data points that have crossed the UCL or LCL and hence are shown positions where process has gone out of control. These are known as Special or Assignable cause Variations.

The UCL and LCL are automatically calculated in Minitab and hence shown as such. But it may so happen that the process lower and upper limits are more stringent that Minitab is even showing values that are out of control as within control. In that case, Minitab gives us the freedom of manually setting the upper and lower limits to show the true picture of process:

3.The Control Chart will be shown with the new upper and lower limits that have been manually specified. Now all the data points shown as red dots are places where process had failed either on the lower side or on the upper side….

AIG Around the World