Measure Stage – Is it Really Important????

Measure Stage – Is it Really Important 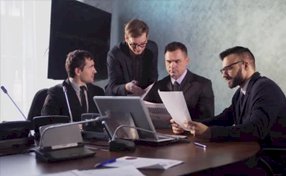 Measure Stage – Is it Really Important????

The Measure stage of a Six Sigma project is many times not accorded its due importance that it deserves and hence the question ” Measure Stage – Is it Really Important???? “. There is so much focus on the later stages or the project team is in such a hurry to arrive at Analyze and Improve phase that only cursory attention is paid to the Measure stage.
The most minimum of timelines is accorded to Measure stage which many times make it difficult to check the reliability of the data. The most important pre-requisite for every successful Six Sigma project is availability of reliable data. Unless and until there is reliable data available, it would be almost impossible to understand the magnitude and impact of the problem being faced by the business process.
In the Define stage, the problem and issues being faced by the company is understood. Then in the measure stage, reliable data is collected to analyze the problem and to plan improvements to solve the problems being faced by the business. But what if the data collected is not accurate? It can also happen that the sample data collected is biased and does not truly represent the population data.
These are very serious questions that need to be answered before the Measure stage is completed. Because on the basis of this data, the project team is going to make its analysis and plan improvements in the process. If the data is not accurate, then all the efforts for its analysis and improvements may go in vain. It may so happen that based on this faulty analysis, the organization may plan certain improvement steps which may require heavy investments. Once the investments are made and the targeted benefits are not achieved, the project will fail running the efforts of all people and heavy costs incurred by the organization just because proper importance and attention was not accorded to the Measure stage.
In certain industries, data collection is automated and so reliable that companies often ignore or pay scant attention to Measure stage as available data is considered to be accurate. But this is an exception rather than the norm because an important fact must always be kept in mind that these companies have invested heavily in automating their data collection mechanisms. Hence they can afford to relax in Measure stage. For the rest of business organizations, they can ignore or not give proper attention to Measure stage at their own peril.