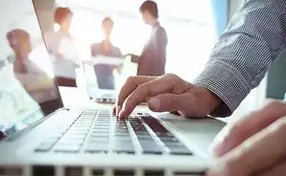 Paired T test is another parametric test based on Mean and is used to make comparison between mean of two populations for continuous data.

The output gives the Count, Mean, Standard Deviation and Standard Error of Mean for both populations individually and then gives the “Difference” between both the populations. It then gives the Confidence Interval for the Mean Difference with 95% probability, T –value and the P-value.
P – P-value < 0.05 Alternate is true.i.e. Mean of first is not equal to mean of second
P-value ≤ 0.05 Null is True.i.e, Both means are equal.

We can also compare the two populations if we have specific figures of Sample Size, Mean and Standard Deviation available. Just select the second option and give the values. Minitab gives the resultant output similar to the one given above.

The output numerical data can also be represented in graphical manner. Minitab gives 3 options – we can use either one of them and even all of them also:
• Histogram of Differences
• Individual value plot
• Boxplot

This article is published by Advance Innovation Group for Six Sigma practioners...