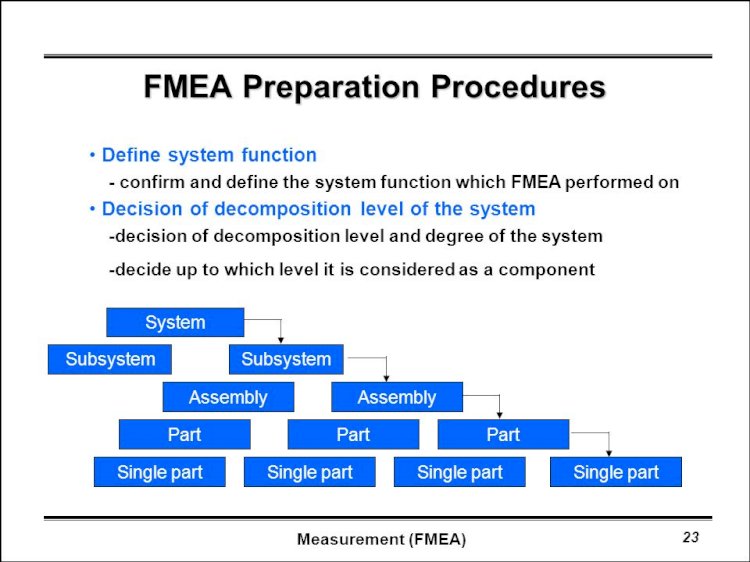 FMEA takes into account the severity of a potential failure, the possibility of its occurrence and its detection. All the three factors – Severity, Occurrence and Detection are given ratings on a scale of 1 to 10. The ratings are then multiplied (Severity * Occurrence * Detection) which gives the result called as RPN (Risk Priority Number). The potential failures are then given ranking based on their RPN, with the most critical failure modes getting the highest ranking. This helps in prioritizing the factors for subsequent action to eliminate or reduce the potential of these failure modes. FMEA is generally prepared by a cross-functional team in a joint meeting having representation from all the stakeholders involved in the process are present so that each and every failure mode is analyzed properly.

Let us understand this with an example. A new car model is being designed by a car manufacturing company. FMEA for the Air Bag System of the new car is being prepared.

Conclusion:Based on the RPN value, the organization takes action on which failure mode has to be controlled first. IN the above case, the likely impact of the failure of The Air Bag System may severely injure or even kill the passenger in case of accident. Above all, the company might face legal action from both the government and the family of the passenger for this. As a result, not only the company may be penalized but will also have to suffer a loss of reputation among customers which may threaten its very survival in the market.

This presentation on Rasic Example from a Six Sigma project has been prepared by...