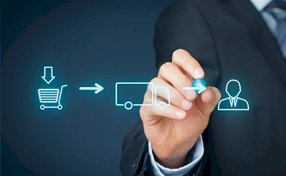 Just like 1 Sample T test, 1 Sample Z test is also used to calculate the mean of a population or make comparison with a standard or a target value. It is also useful for baselining of the process as it gives a Confidence Interval of Mean with an upper & lower value, which means that Mean of Population will also lie within this range, with 95% probability. But an important input without which 1 sample Z does not work is the Standard Deviation. It asks for a Standard Deviation and terms it as “The Assumed Standard Deviation”.

But here, we have to give a Standard Deviation value. Without this, the 1 Sample Z test would not work.

We can also compare our data against a standard or target by selecting the “Perform Hypothesis Test” and giving a “Hypothesis Mean “ value, see image above

Other Options
a. There are several other options in Minitab for data analysis through 1 Sample T. We can give specific values also such as Mean, sample count and SD
b. As mentioned earlier, we can change the P-value also in Minitab present in the “Options”. It also has 3 options for Alternate:
i) Less Than: Gives the upper limit of the CI
ii) Not Equal: Default option. Gives the CI
iii) Greater Than: Gives the lower limit of the CI

Graphical Representation
The output numerical data can also be represented in graphical manner. Minitab gives 3 options – we can use either one of them and even all of them also:
• Histogram
• Individual value plot
• Boxplot

1 sample Z test is seldom used in real life as most of the times, standard deviation of the population is not known. Still it is a very easy yet powerful test and hence must be used if all the inputs are available.

Steps needs to be taken care of while doing a project

This is an article on Lean Six Sigma Projects Steps to be undertaken for successful...

AIG Contracted for ISMS Consulting by a large eCommerce...

Confirmation on AIG Contracted for ISMS Consulting by a large eCommerce company....