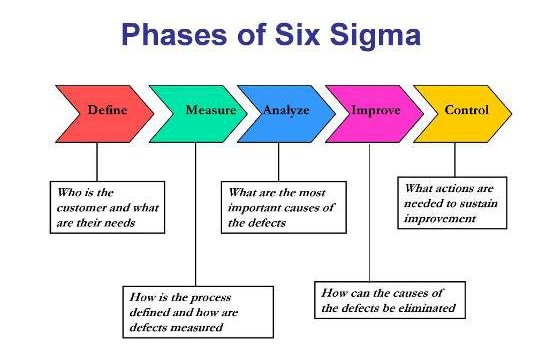 oIt is not an easy answer when people query about How Important Define is in a Six Sigma Project? It is the Define stage of a Six Sigma project where the problem is properly understood and its impact is documented. The answer to the following question is to be answered in this stage:

“Is the scope and criticality of the problem affecting the process is understood?”

Understanding the Problem
The problem or issue affecting the process should be understood as this will help in quantifying the negative impact in numerical terms that it is causing to the business. This is done through the following steps:
 Assessing the impact of the problem on the process or organization
 Indentifying the stakeholders which are affected by the problem
 Gather ‘Voice of Customer’ to quantify the impact of the problem
 Convert VOC to CTQ to get the project target (y)

Assigning Roles & Responsibilities
The various persons, processes or departments impacted by the problem should be identified as they have an interest in the successful completion of the project. Their participation in the project should be ensured do that no loose ends remain behind. Team members from these interested stakeholders should be identified or nominated by respective Process or Department Heads. Roles and Responsibilities should be accordingly allocated to these based on their expertise.

Getting Buy-in from all
The benefits of successfully completing the project should be explained to all which are affected by the problem. Getting Buy-in from these stakeholders will help in subsequent stages of the Six Sigma Project. For those who are not convinced and are unwilling to take part should be persuaded citing the larger picture of how it will positively impact the organization. If in exceptional cases someone still remains unwilling, then Top Management should be involved to persuade such people to fall in line.

Project Plan
A detailed Project Plan should be prepared mentioning various activities to be undertaken in various stages. Responsibilities for each task should be allocated with fixed time periods for each activity to be competed.

Project Charter
Finally, a Project Charter should also be prepared and presented to approval to the top management. It will give a story board explaining the reason for doing the project. The problem being faced by the organization should be clearly quantified with numerical figures. A Goal or Target should be mentioned for the project to be successful. It will also give the scope of the project and time duration needed for each stage.

Risk framework is the structure in business to evaluate financial risks together...