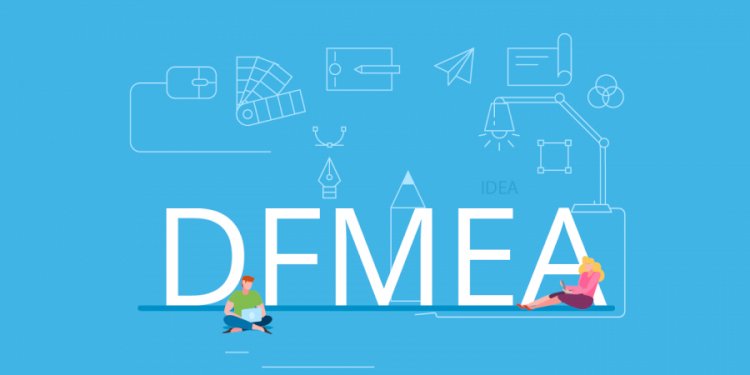 DFMEA is a very dynamic tool which can be used to evaluate potential risks for a product which does not even exists. Sounds impossible? No it’s actually not. What I mean here is about a product which is still on the drawing board and the risks being discussed are related to its designing. Such a FMEA is called as a DFMEA (Design Failure Modes and Effects Analysis). A cross-functional team having representation from all the stakeholders involved in the development of the product review all risks associated with the design so that no loose ends remain behind. DFMEA is a living document which is in use as long as the design of the product is being used and is updated every time whenever the design of the product is reviewed or changed.

1. Design Review: Firstly, a team has to be finalized and called for reviewing the design of the product. A brief overview of the product and its design (using a blueprint) should be given in the start for those people who are unaware about the product and to refresh the knowledge of others. It can be followed by a brief session with the SME for clearing the doubts. Identify and documents the main components and their functions and links between them.

3. Effects of failure: Discuss the possible effects that may happen for every identified failure. The effects could be related to customers, environment, product, process, etc and should be described in such a way that it can be related easily to the product performance.

4. Deciding on Severity: Severity rankings are given on a scale of 1 to 10. They should be given very carefully as it helps in identify the criticality of the potential failure mode. Severity levels should be practiced in the same manner throughout the organization as it helps in easy understanding and co-relating.

5. Deciding on Occurrence rankings: It means the frequency with which the potential failure mode might happen. It is also given on a scale of 1 to 10. As most of the team members are familiar with the product, they are very well aware about which failure can often occur and which will rarely happen.

7. Calculate the RPN: RPN means the Risk Priority Number and is calculated by multiplying the Severity, Occurrence and Detection. It gives the risk ranking and helps in identifying the most critical failure modes. This helps in prioritizing the potential failure modes which should be tackled first.

What is Six Sigma -Video-3

What is Six Sigma -Video-3

When is Meant by Data Being not Normal ?

When is Meant by Data Being not Normal ?